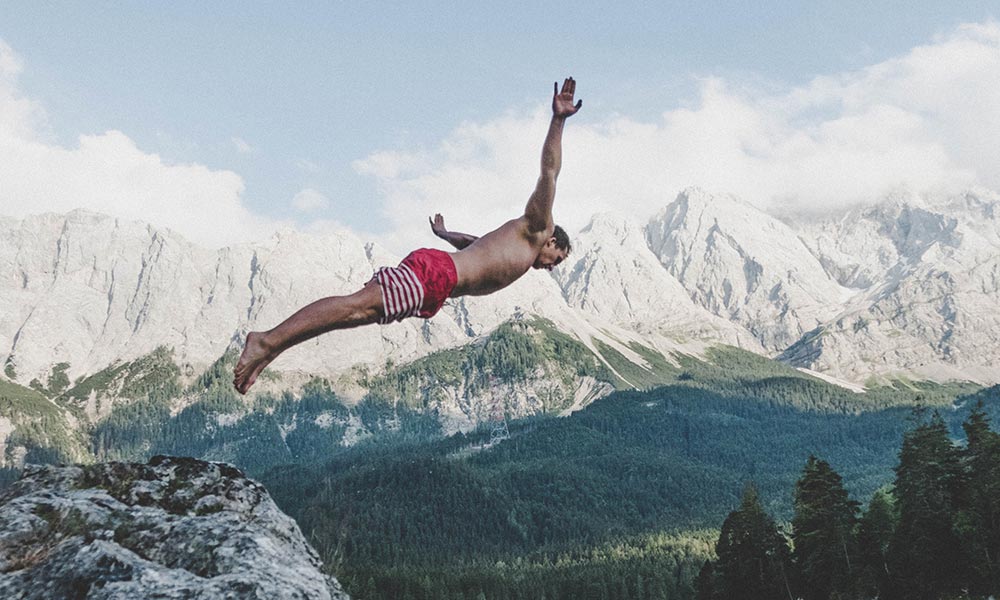 Following-on from my: ‘EQ and Common Sense’ article, I now feel compelled to cover the topics of ‘diving’ in and ‘jumping’ to conclusions , sadly. I have witnessed both in the short week since my last article.

Perhaps In this fast-paced (and sometimes here in the UAE: frenetic) business environment, people feel compelled to interject or interrupt quickly, demonstrating their grasp of the subject and their incredible ability to solve yours and everybody else’s problems (Yes, you spotted it – sarcasm!). But why I ask myself why do they have to do this. Demonstration of their competence, intelligence ((IQ definitely NOT EQ), or a genuine enthusiasm to ‘solve-the-problem’.

Irrespective of their potentially, well-intentioned motives, lets’ consider the impact their behaviour has on the other party (or parties) that they’ve interrupt with such vigour. A sense of ‘my ideas are better than yours’ or (if they are the boss), ‘I’m the boss so I know best’.

Either way, its’s unlikely to draw a positive response from the party that’s just been verbally steam-rollered!

I was personally drawn to an article today about why the ALL Blacks Rugby Team have been so successful, particularly over the last 9 years. Written by James Kerr, entitled: What Makes the All Blacks Great?

Central to that was the phrase, ‘Better People Make Better All Blacks’ as they sought to develop the character and leadership of the players on the field so that they would make better decisions. There was an emphasis on personal character, initiative and the idea of the team.

The All Blacks are a ‘whanau’: Special emphasis is placed on building belief and belonging. The team are considered a whanau – the Maori word for family – with an ethos that focuses on connection, contribution, candid communication and clarity of action.

Read Head/Blue Head: Simply put, Red Head is choking. It is a future-focused panic The opposite is Blue Head; being clear and accurate, on task, and in the moment – making sure the mind is in the game. To shift from Red to Blue, players use simple anchors or triggers. Players are taught to stay in the moment and trust the process.

No Egos: Head coach Steve Hansen once said: “Take a bucket of water, put your hand in it, now take it out. That’s how long it takes to replace you.” Disruptive influences do not last long in this environment.

Some really interesting observations on leadership and team behaviour highlighted here (and all credit to) from James Kerr – thank you!

The last point may help those who tend to dive in and jump-to-conclusions ?